The Rickies have known an increasing variety of trophies to award the prediction champion. One of the challenges is that the hosts span three countries over two continents, and shipping a challenge cup across oceans is a costly no-go. Below are some of the Chairman trophies and awards that have come into existence.

The official trophies of the Connected hosts. 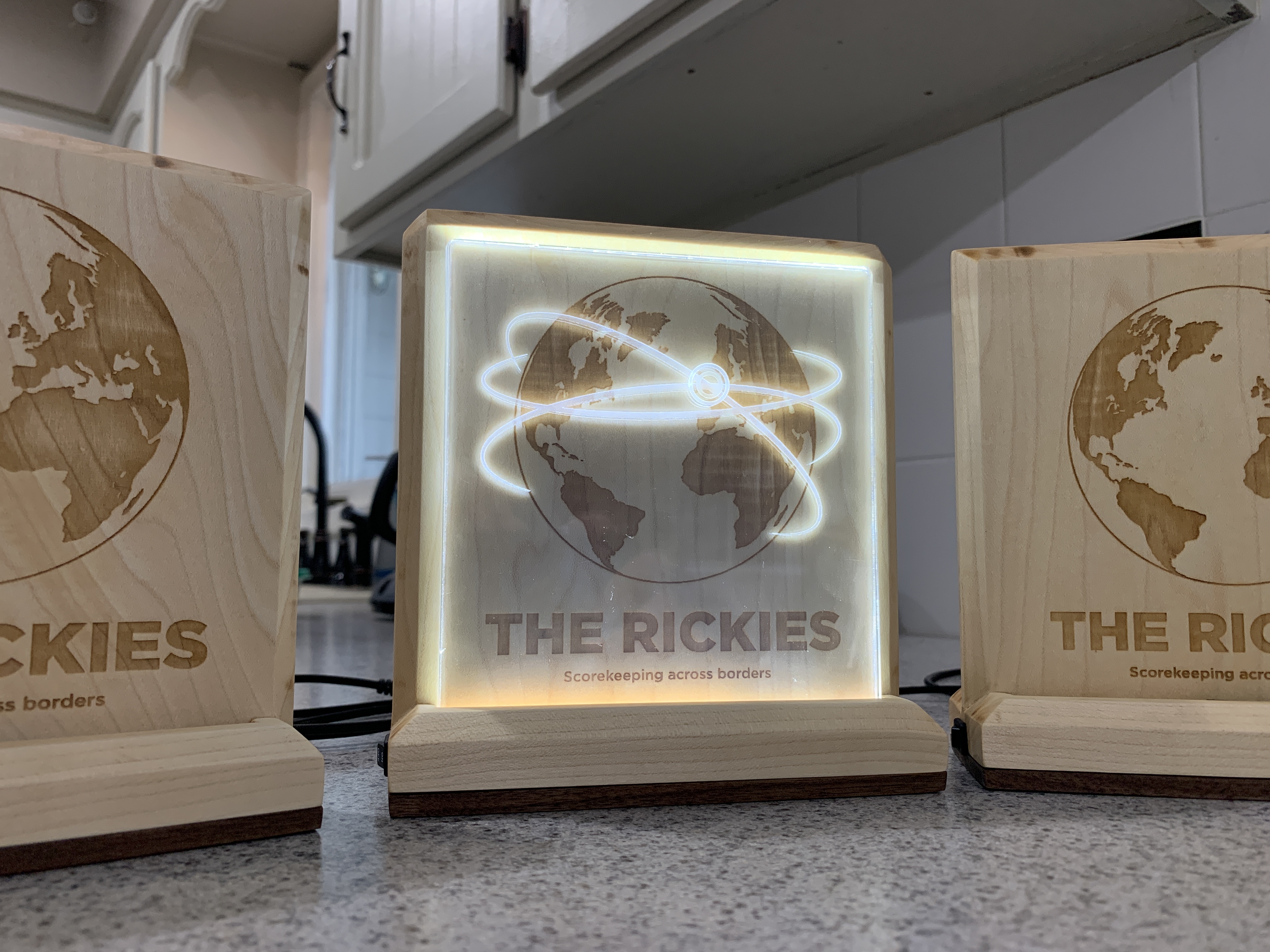 The official trophy of the Rickies, brought to life by passionate listener and Discord mod Matt VanOrmer.

Originally named the Rickies Trophy (Late 2021), the engraved, manually assembled, and hand-chiselled hardwooden base holds and illuminates several laser edged acrylic sheets. Different sheets hold location markers corresponding to the cross sections of the Connected globe “flight lines”, allowing for all Chairman combinations. The large city ring is for the Annual Chairman, while the smaller city ring is for the Keynote Chairman. Go read Matt’s article how the Tricky came to be. 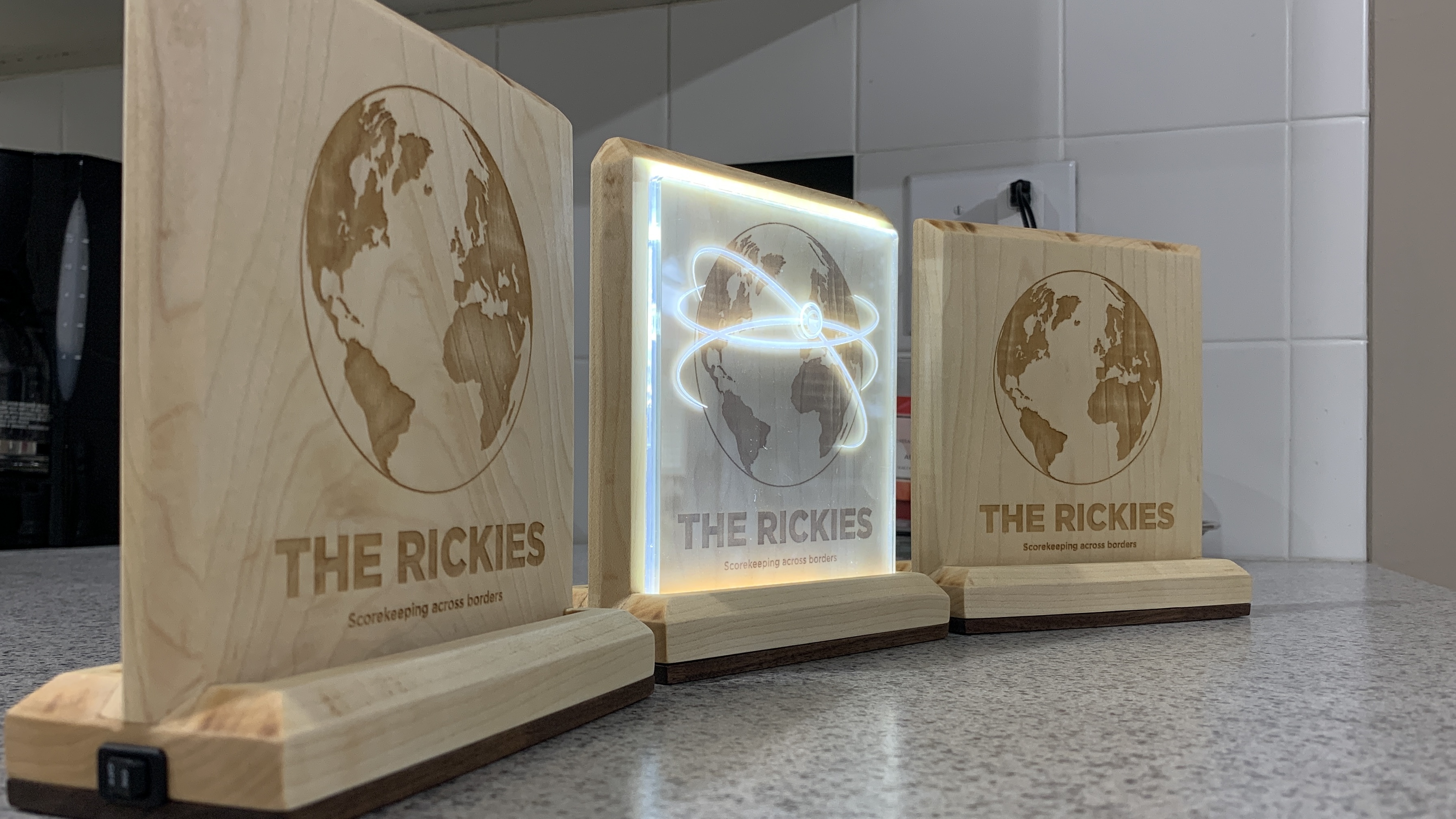 If you’re on a supported device, go check out the Tricky in AR! Courtesy to its creators James3J Thomson of PCalc fame, and of course Matt for generously sharing the 3D model.

This modular trophy allowed each host to have his own Tricky on their desk without having to ship items after every scoring. They must simply update their Tricky to reflect the new winner when the scoring completes.

The magnetic trophy for the listeners. 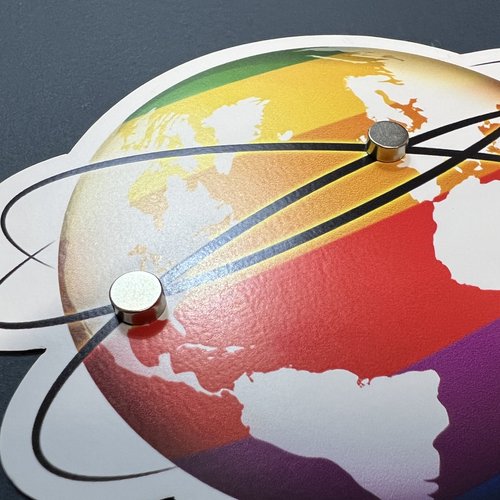 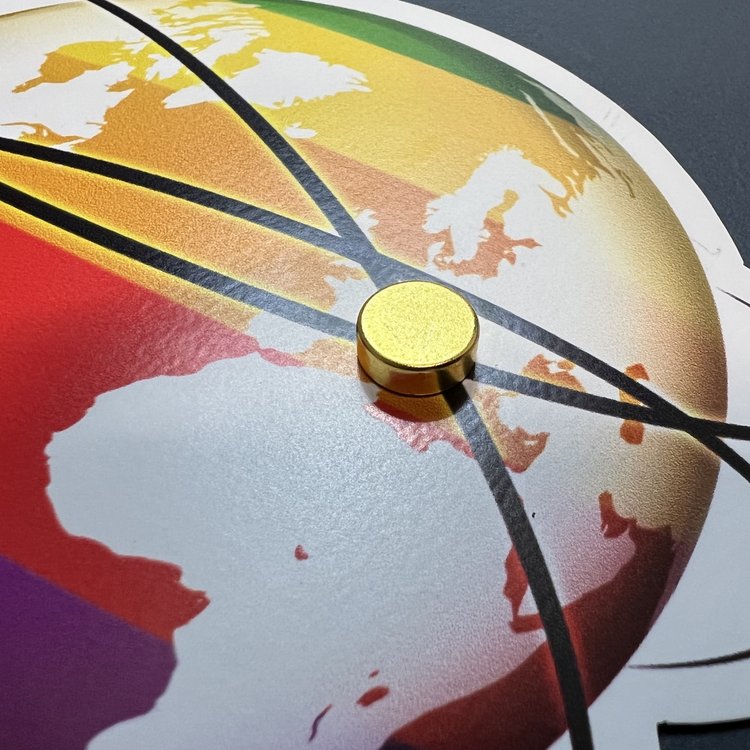 For listeners at home there’s the MagTricky, the official way to keep up with who has won the Rickies. A 10cm (4”) flat magnet featuring the majestic Connected globe artwork allows the passionistas to track who currently holds Chairman titles with small cylindrical magnets. Because magnets are awesome.

Unlike the official Tricky, there are two smaller silver 5mm magnets for when the titles are dispersed, and one larger golden 7mm magnet for the consolidated chairman, or “Mega Chairman”. 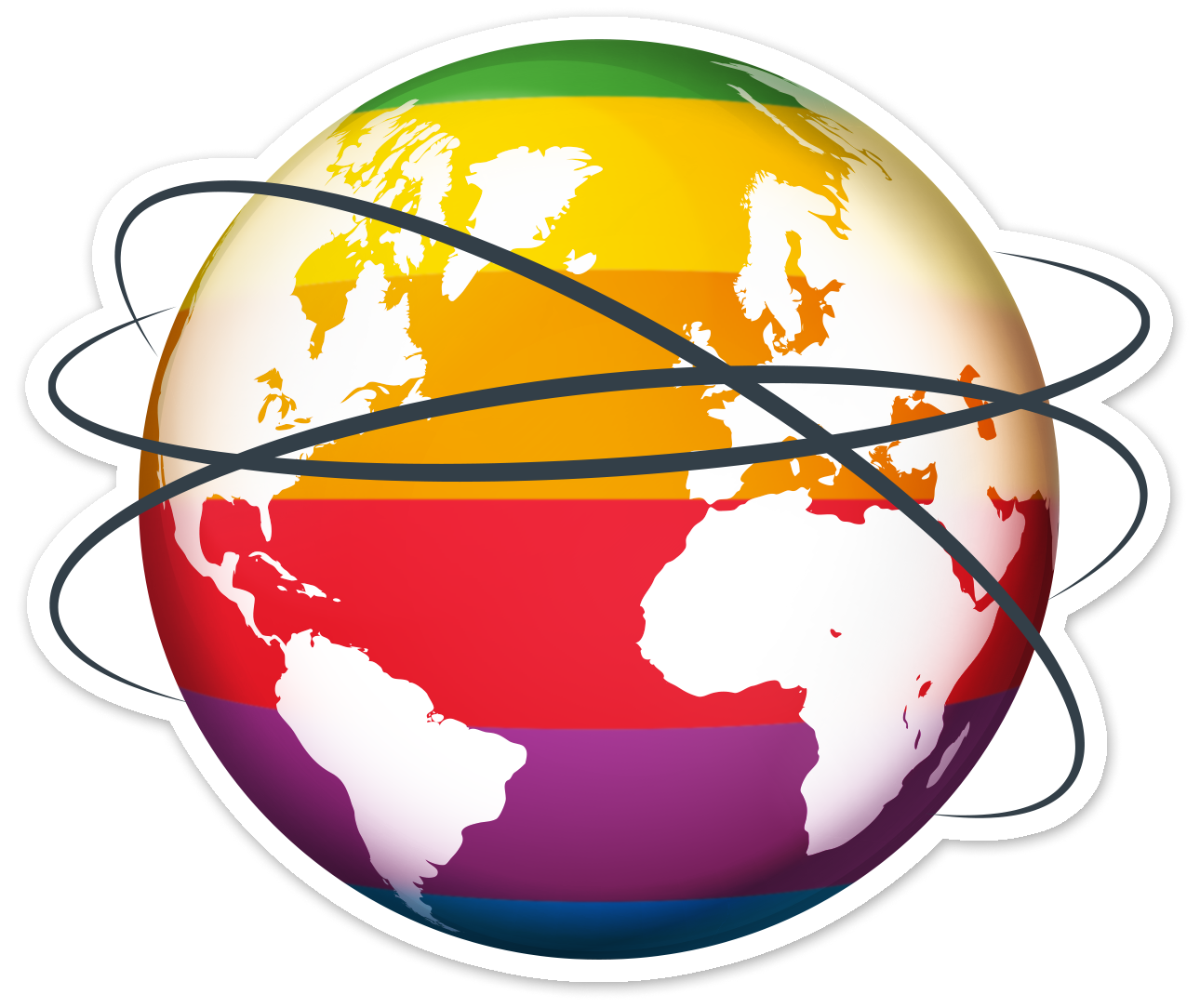 For those that did not get the chance to buy the MagTricky, the above is an interactive digital MagTricky. Just click on the cities and the magnets will update. On refresh the chairman magnets are reset to current states according to Rickies.co. 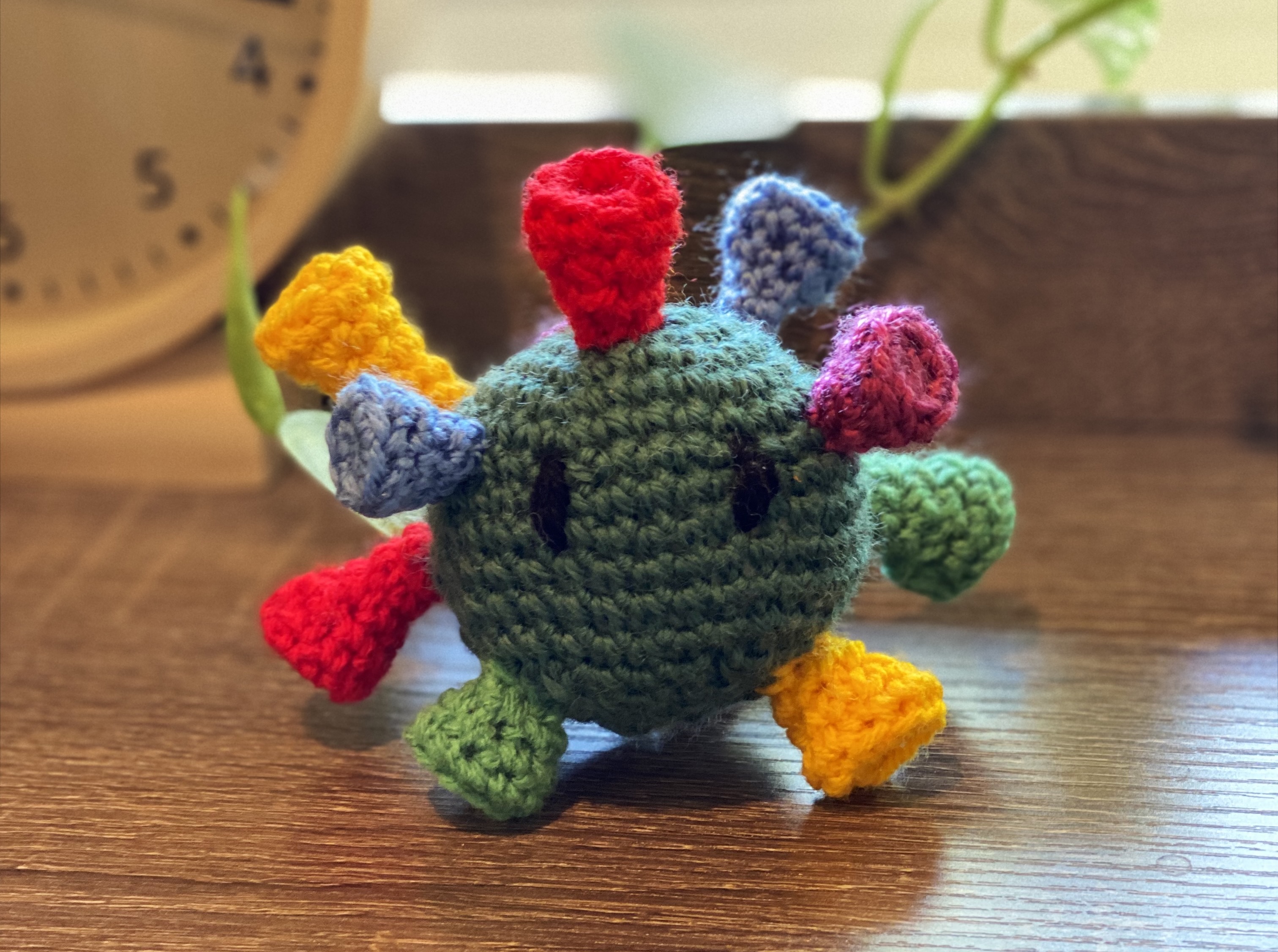 The official mascot of the Connected podcast, crocheted by wonderful listener Ellen Durack. Inspired by “weird fish”, there are five woollen Rickies in existence, each with a unique colour spike pattern and accessoires. 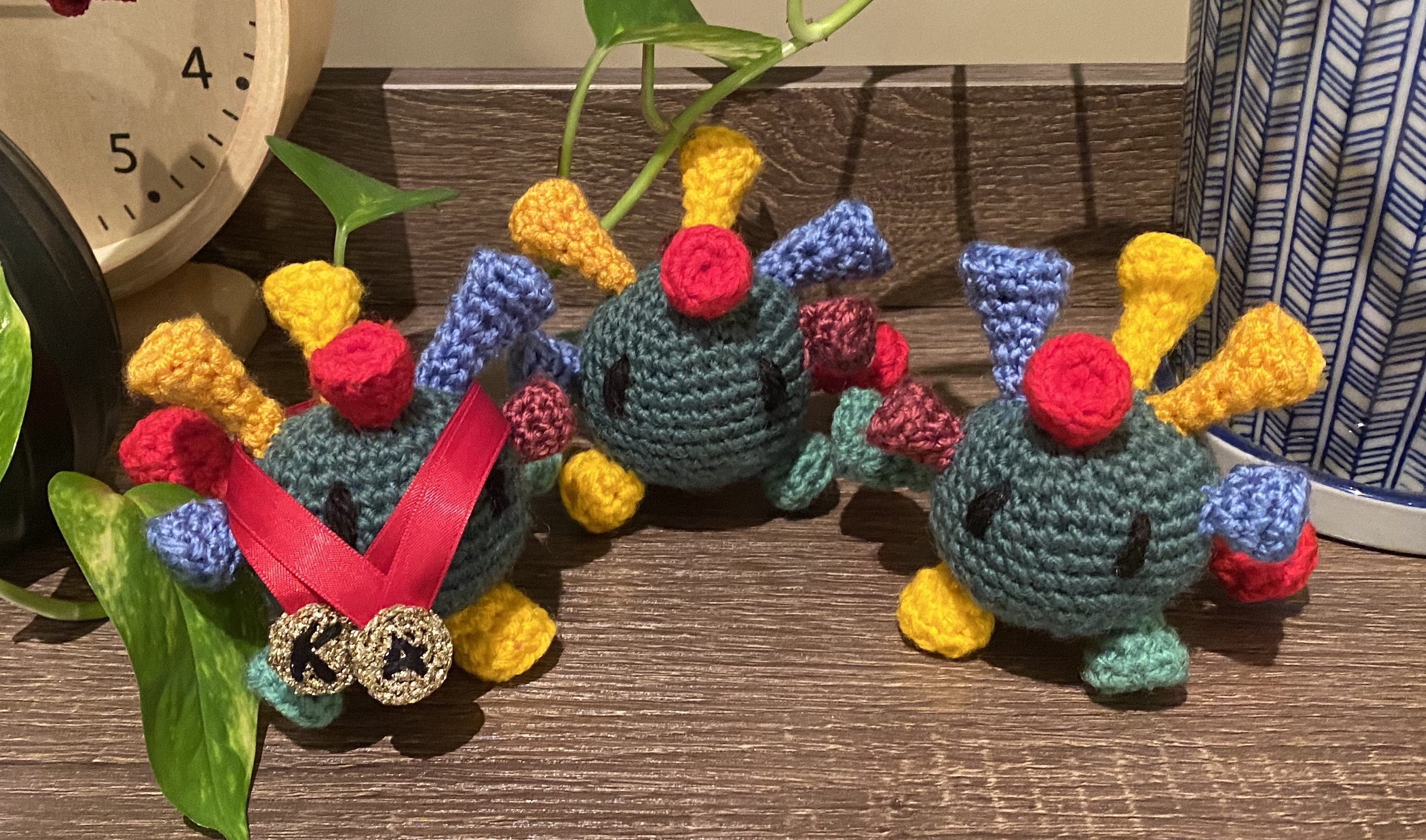 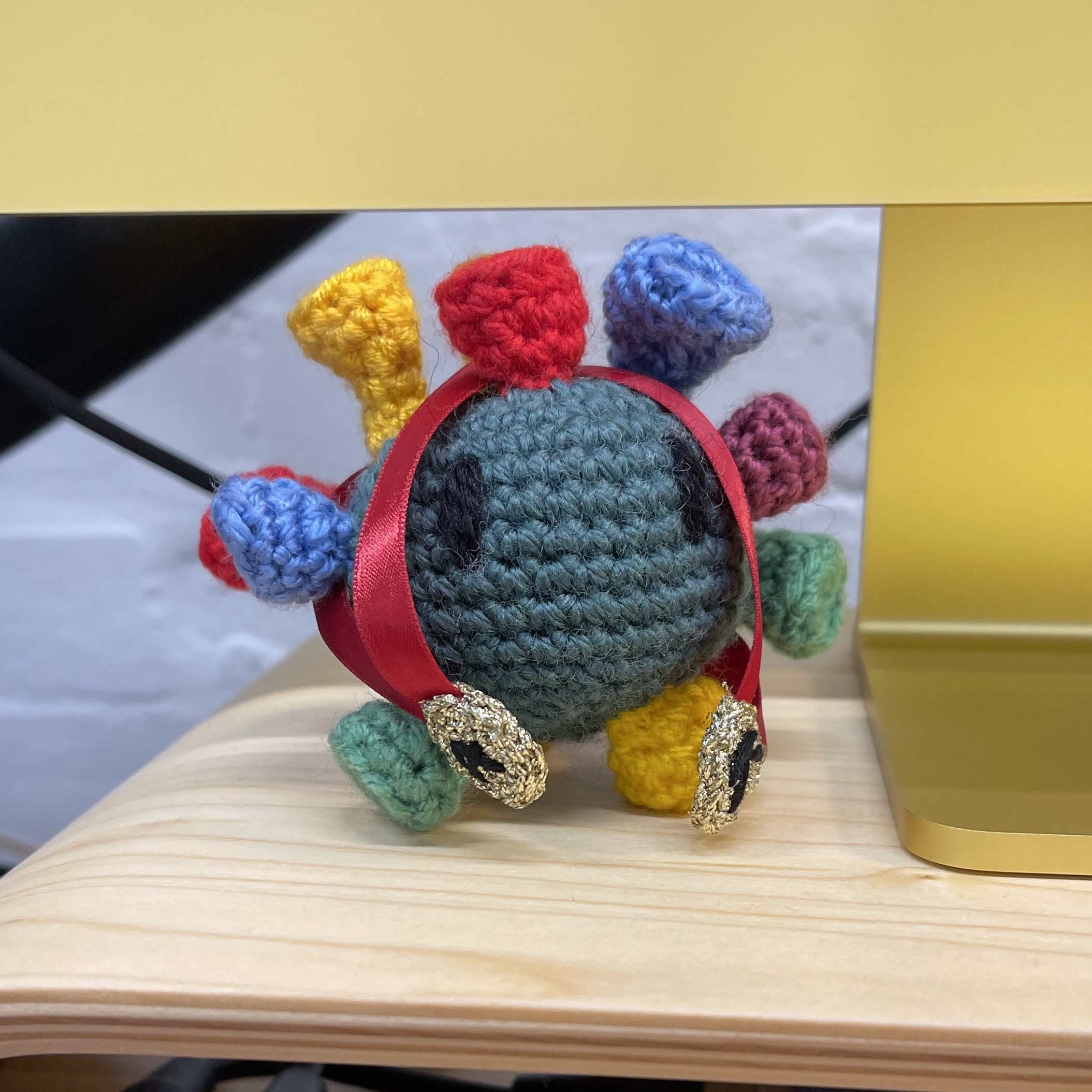 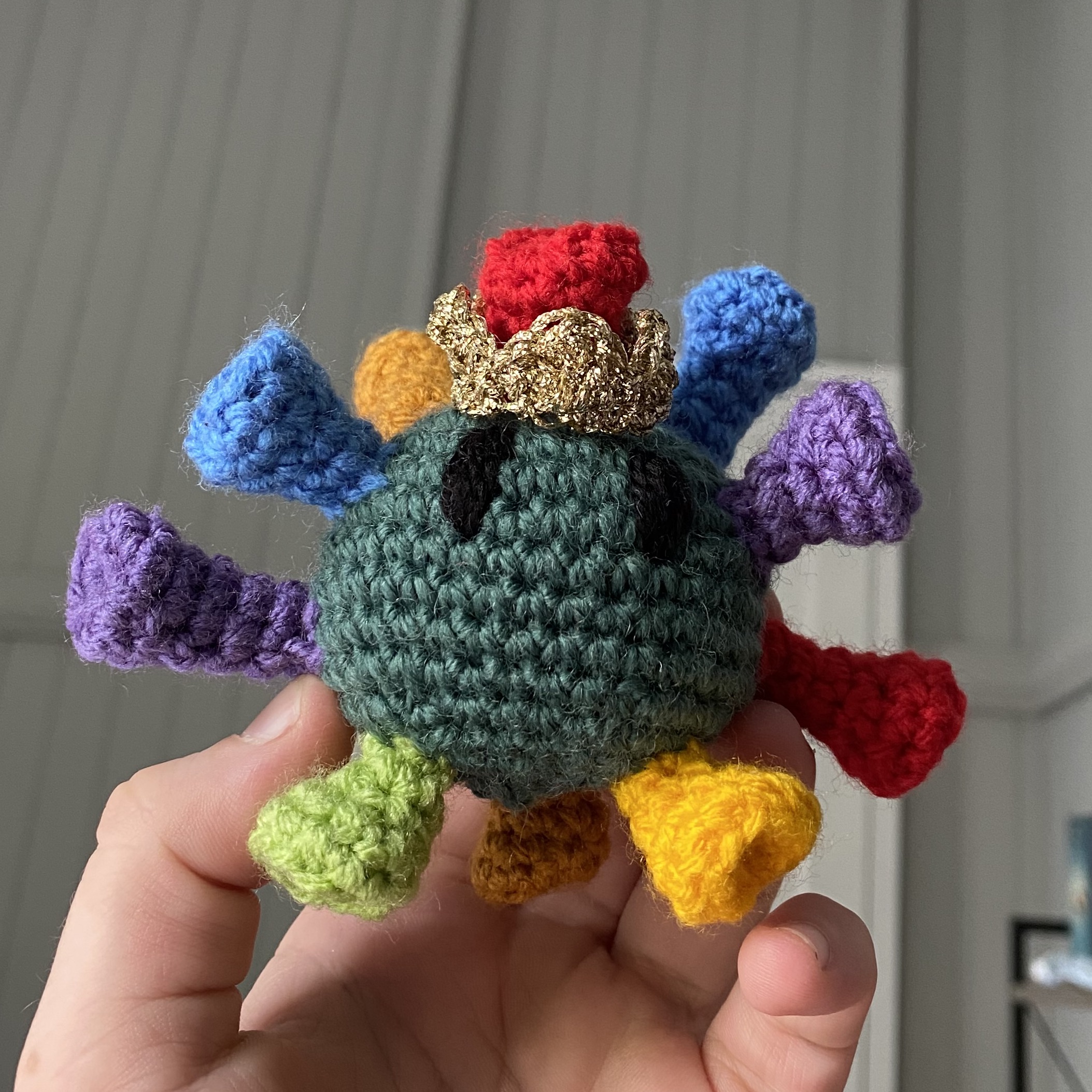 Stephen and Myke were the first to receive their’s (though Relay mod Kathy has the OG). Myke’s has two medals because he was HRH the Consolidated Champion at the time.

However, Federico has had to wait a while for his. His Ricky has seen some things. Initially sent to Stephen for bundled shipping, it went on its way to Rome, Italy. Presumably due to the unknown worth of a Christmas card, it got lost in the mail. Later on, while Federico had now gained Chairmanship, he got a replacement Ricky, King Ricky with crown and all. Yet after many months, the lost Ricky arrived back at Stephen’s house in Memphis.

Following the Rickies of WWDC 2020, the hosts concluded that amending the Bill of Rickies with official Twitter accounts was the way to go. @KeynoteChairman and @AnnualChairman, corresponding to the Chairman titles, were created, and login details have rotated since with each transfer of power. These social media accounts convey bragging rights while avoiding costly international shipping fees to pass around a physical trophy multiple times per year…

Not a trophy but just for bragging rights, the winner of the Flexies gets to choose a charity. The loser of the Flexies must then donate $25 per wrong Flexies he made to the selected charity.

Later on, the hosts have attached special titles to winning the Flexies. We have “Prince Flexie” for Federico, “The Duke of Flexington” for Myke and “Attorney General Flexie” for Stephen. While being Prince, Duke, or AG, they get to brag about their ungraded predictions and feel good about the charity they selected. 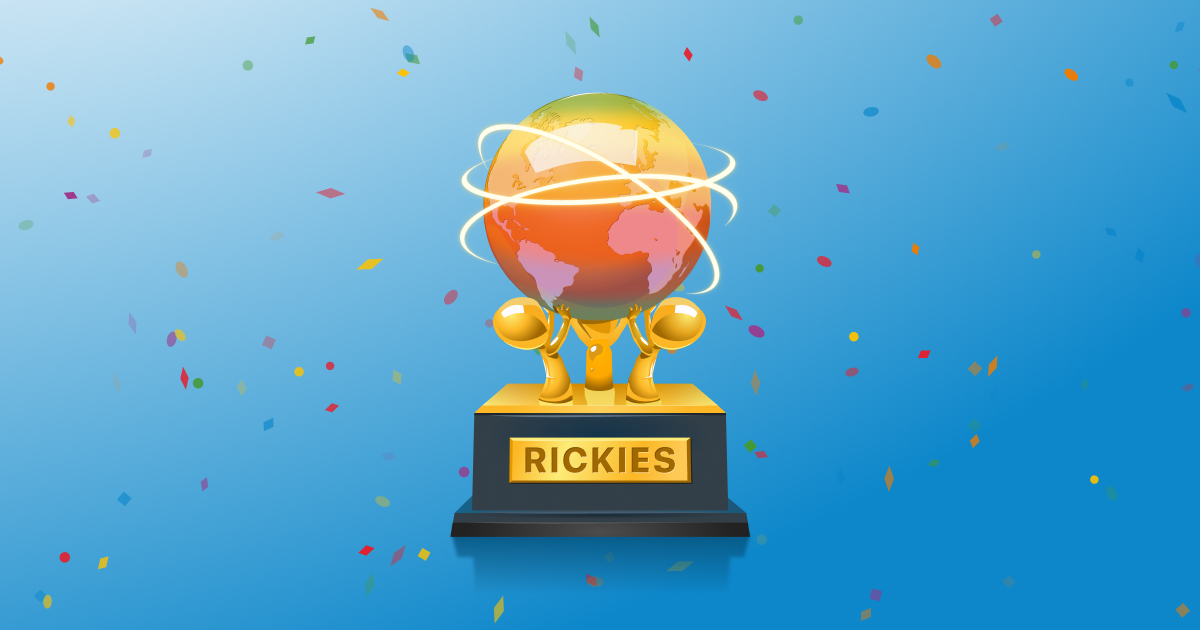 Finally there’s the Passion Cup, the unofficial trophy I designed for Rickies.co. The high base raises the three golden hosts, together holding the Connected-coloured globe, with flight lines, above their heads.

It was this original visual that triggered Matt in the Discord, highlighting a need for physical trophies and making the incredible Trickies. As for listeners, those that purchased a MagTricky received some Passion Cup stickers as well.